An easy method for using the Thermomix to cook 'al dente' spaghetti pasta. 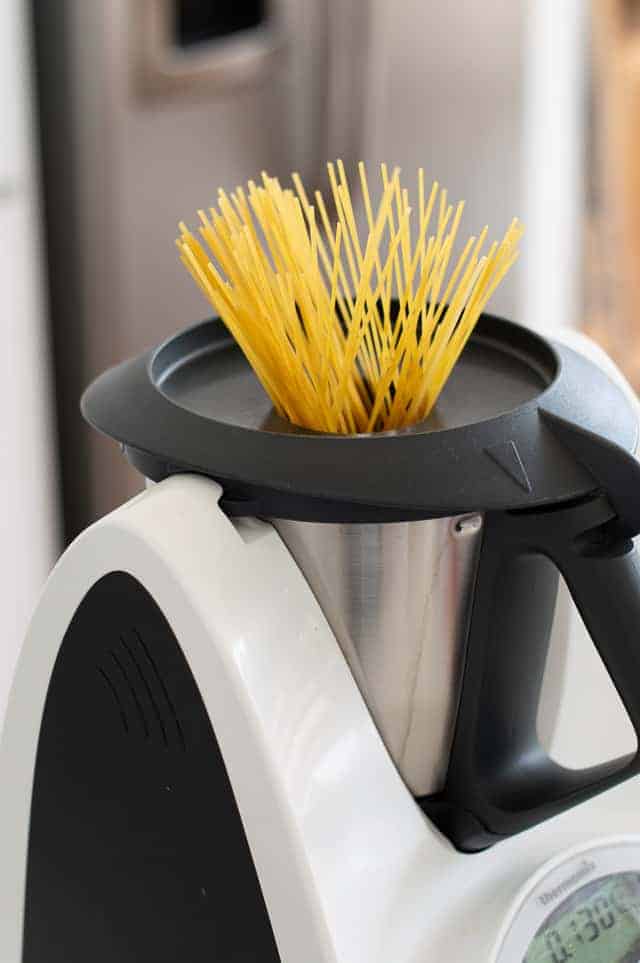 My induction cook top recently malfunctioned - my daughter attempted to deep fry Churros and the oil splashed everywhere. I don’t know for certain if this led to its demise but it stopped heating up after that. We had to wait two months for a replacement part in order to fix it which was such a pain.

As spaghetti bolognese is a staple in our household, I discovered how easy it is to cook the pasta in the Thermomix instead of the stove method.

The good thing is you can set and forget without worrying the water will boil over into a foamy mess or boil dry and burn. I initially through the blades would chop the spaghetti into tiny pieces but as it’s set on a low speed it prevents this from happening.

Tips on How to Cook

I've only tried this method with regular spaghetti but I'm sure you could use other pasta as well. Just be mindful of the cooking time as different pastas take longer or less.

For years I would stuff up the portion sizes when cooking spaghetti and either end up with too much or too little. I now own one of those clever little spaghetti measurers with different size holes for each portion which takes the guesswork out of it. If you don’t have one then 100g of dried spaghetti equates to roughly one portion per person.