Sometimes you just need some soul food and these rich and decadent Thermomix Chocolate Brownies hit the spot. They’re soft and gooey with a crackly top and take only ten minutes to prepare in the Thermomix.

What I love about them is they’re made with cocoa powder instead of cooking chocolate. Whenever I buy chocolate with good intentions of using it for cooking, it gets devoured by my greedy teens (or myself 😋).

The Thermomix makes light work of mixing everything together and before you know it they’re ready to bake. The chocolatey aroma wafting through the house is truly comforting and remains a few hours after they’ve been removed from the oven.

Note: This is a summary of the instructions. The full ingredients and instructions are shown in the recipe card below. 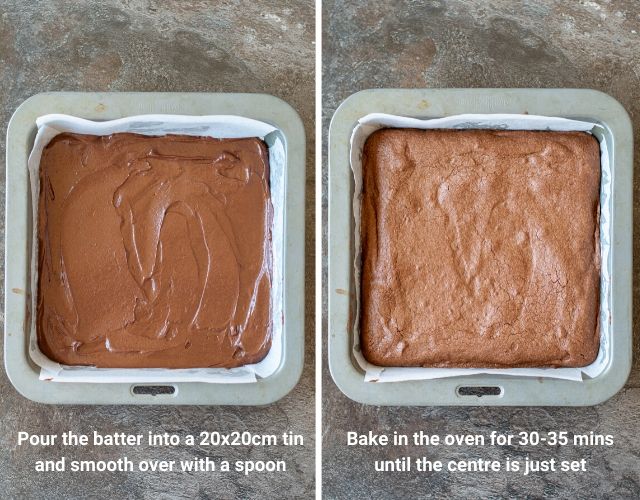 Some Variations To Take Them to the Next Level!

Try Adding These Before Baking: -

How to Store Them

If there happen to be any brownies left over, store them in an airtight container in a cool place for a few days.

To freeze, separate each brownie with baking paper so they don’t stick together and freeze in an airtight container for up to three months.