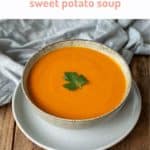 A nourishing and vibrant Thermomix Roasted Red Pepper and Sweet Potato Soup that will warm the soul. This is a lovely simple soup to make if you’re feeling run down or have a cold. Red peppers (capsicums) and sweet potatoes each contain high levels of vitamin C and boast many more nutritional benefits. It's also freezer friendly so great to have as a standby meal.

Soups are one of my favourite meals to make in the Thermomix and I love how some recipes you can just set and forget like my Carrot & Coriander Soup and Curried Sweet Potato and Red Lentil Soup.

For this recipe, I’ve roasted all the veggies in the oven instead of cooking them in the Thermomix as it brings out the sweetness in them. I mostly use vegetable stock cubes for all my soups as I love the flavour and they're inexpensive and easy to store in the cupboard. 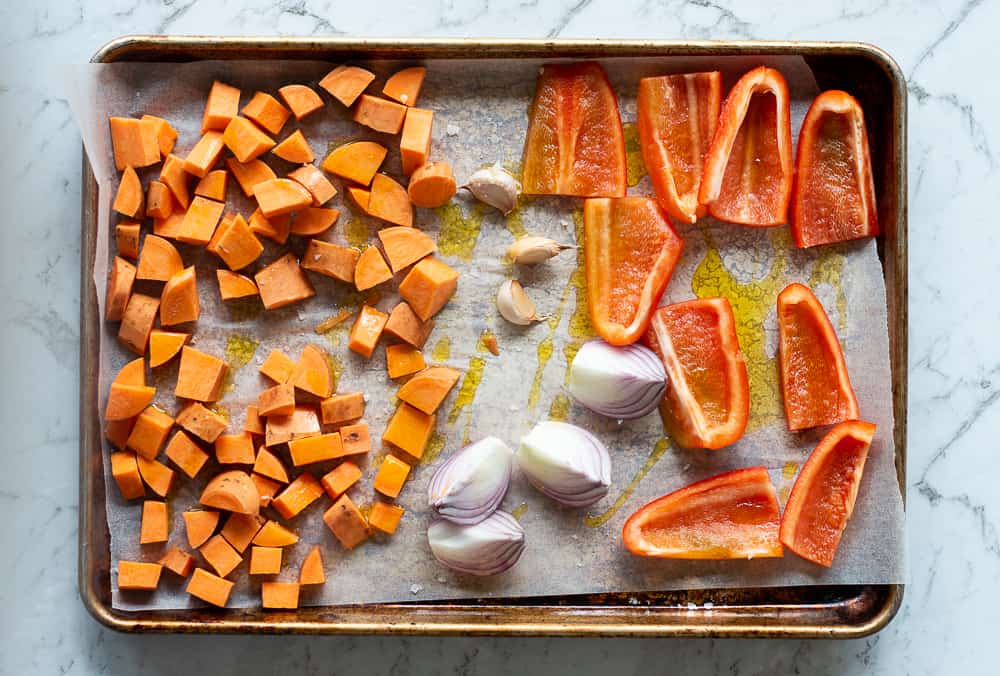 This soup tastes divine with a sprinkling of chilli flakes, some fresh parsley and some grated Parmesan on top and my amazing Thermomix Soft Bread Rolls. 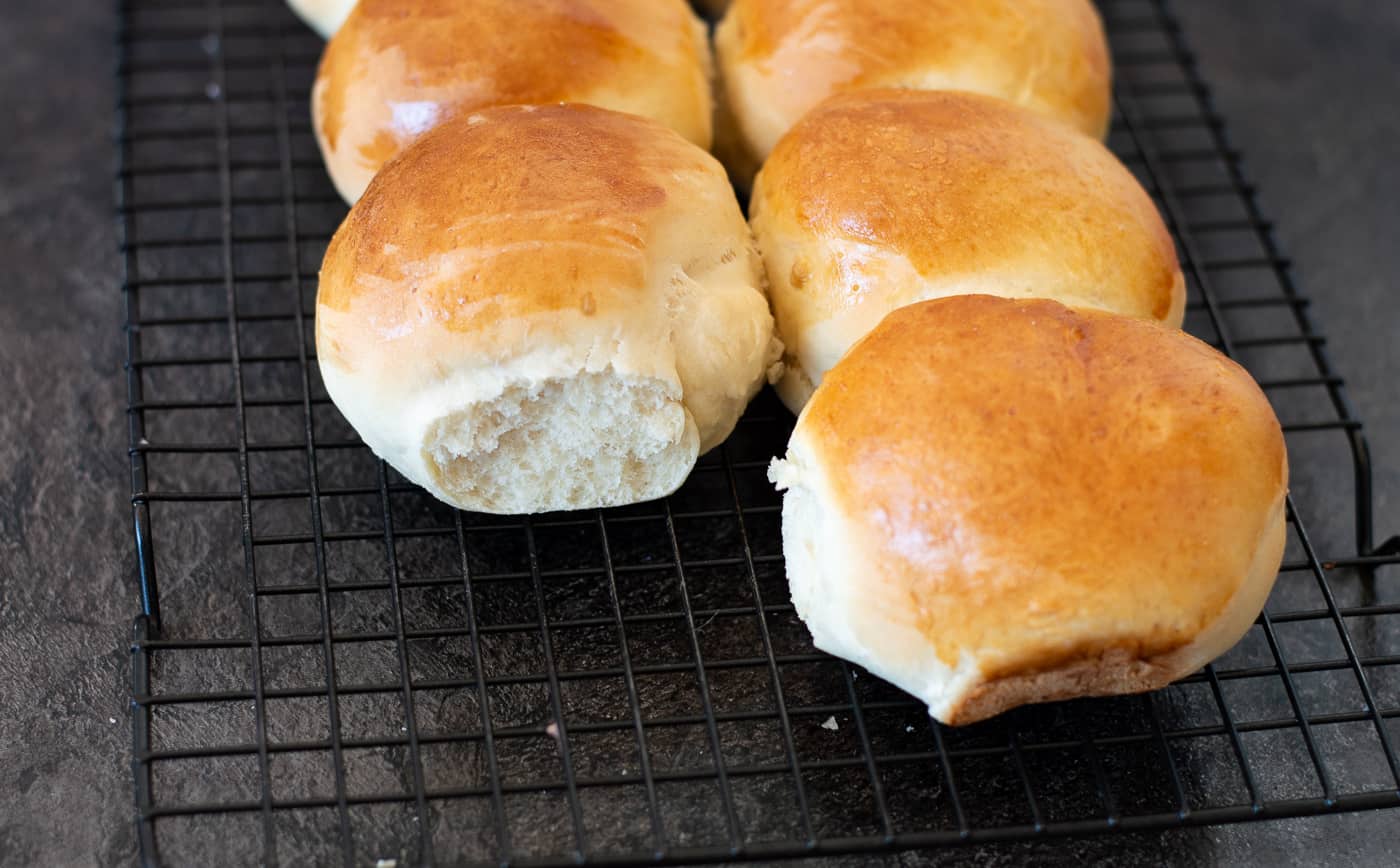 Let the soup cool then store in an airtight container or zip lock bag in the freezer for up to 3 months.